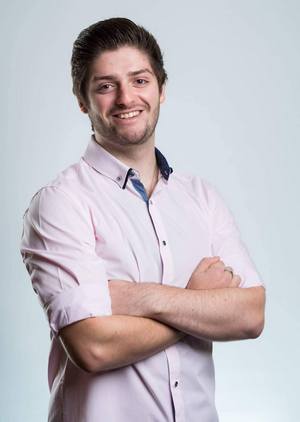 John is an accomplished musician, award-winning solo vocalist, vocal coach and musical director. It is his passion to communicate stories through music and help others achieve their best through their musical passion.

John began his musical adventure on Classical Guitar at just eight years of age. Continuing with guitar until the present, he has fulfilled many dreams including performing at the International Guitar Festival and completing Year 12 Solo Performance with full marks and merit (top 2%).

His vocal journey began at twelve years of age when he became an inaugural member of the internationally recognized a cappella group the Festival Statesmen Chorus. John is now Assistant Musical Director of this group, and is part of a team who work with different vocal ensembles around Australia. He has also been part of several award-winning quartets, including the current Barbershop Harmony Australia Youth Quartet champions, Nick Nack Paddy Catt.

John has a Bachelor of Arts (Performing Arts) majoring in Music and Drama from the University of South Australia, and is currently undertaking a Master of Management (Arts and Culture) at UniSA. This follows on from his high -school education in the arts program at Charles Campbell College, which greatly assisted his understanding of dance, drama and music. Receiving lead roles in drama productions and whole school musicals allowed him to work with industry professionals in all of these areas.

John is very excited to be working with the award winning High spirits Harmony. In the coming years, he hopes to continue to build his career in the performing arts, focusing on music. His overall goal is to hold a managerial position with a large performing arts company.

Outside of performing arts, John absolutely loves sport and fitness.